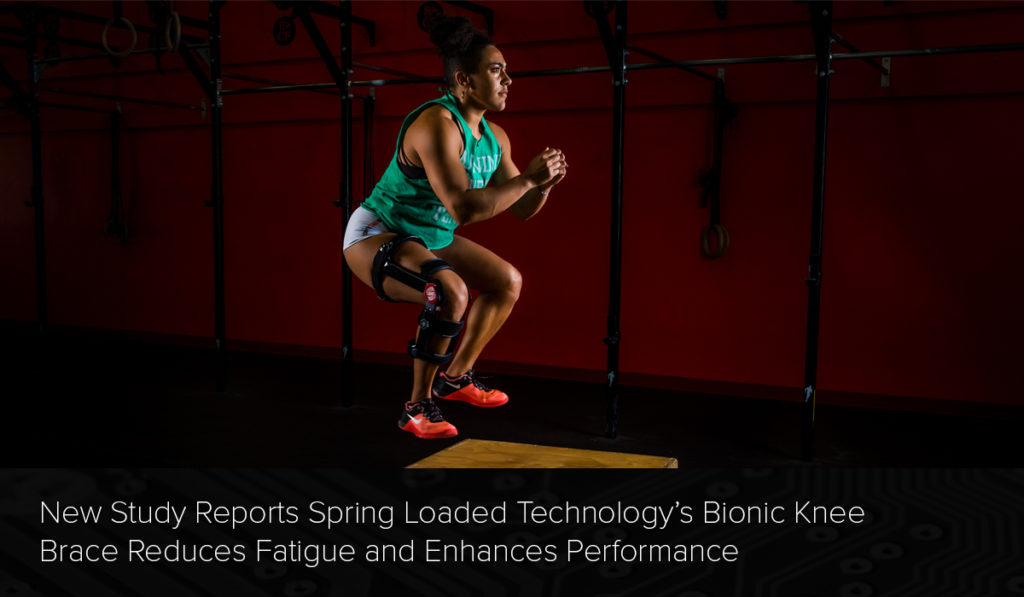 HALIFAX, NS – Sept. 20, 2016 – Spring Loaded Technology today reports preliminary findings of a recent third-party study which links its Levitation™ , the world’s first compact bionic knee brace, to a significant reduction in factors that can lead to muscle fatigue. Research scientists observed the oxygen intake, carbon dioxide production and muscle activity of three healthy individuals as they repeated a squat to stand task with and without the assistance of the knee brace.

The study found that the Levitation™ Knee Brace, which uses a liquid spring technology to store energy as the leg is bent and return it as the leg is straightened, requires significantly less exertion from the user during energy expensive movements like rising to a stand from a full squat or crouched position. Data from the study revealed that participants used 25 percent less oxygen during the task cycle when compared to their consumption without the brace’s assistance. The researchers also found a drastic 40 percent reduction in carbon dioxide production. 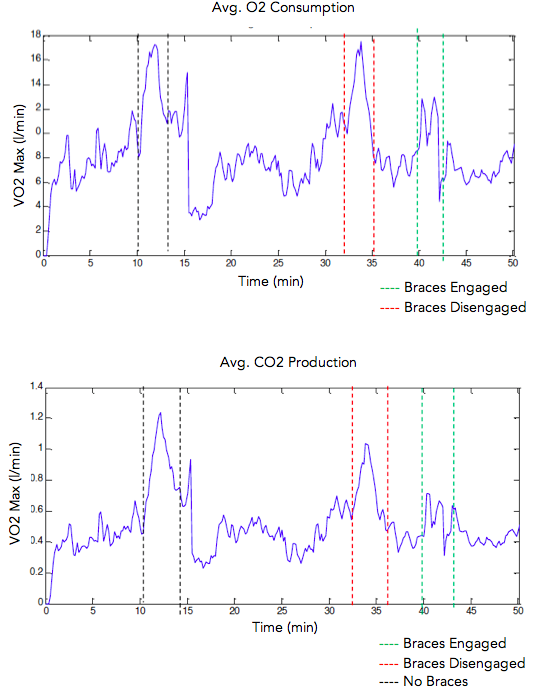 The study was performed through the NSERC Engage Program at the University of New Brunswick by research scientists, Dr. Chris McGibbon in the Faculty of Kinesiology and Abeer Mohamed Abdelhady, PhD Candidate in the Dept. Mechanical Engineering.

“With the knee brace’s assistance, participants consumed less energy and were able to do more physical activity as measured with our squat test,” said Dr. Chris McGibbon. “The participants in this study also demonstrated a reduced respiratory exchange ratio (RER) while wearing the Levitation™ , meaning that they were burning more fat stores than carbohydrates. These findings are consistent with Spring Loaded Technology’s claim that Levitation™ reduces factors known to be associated with muscle fatigue—an exciting and unique accomplishment for knee braces and the field of bionics.”

The findings also support the brace’s ability to reduce demand on the muscles in order to improve performance, with participants showing an 85 percent reduction of activity in the quadriceps muscles and a 50 percent reduction of activity in the hamstring muscles during the squat task. Study participants were also able to perform up to 20 percent more squats when wearing the brace compared to the number of squats achieved when their knees were unassisted. 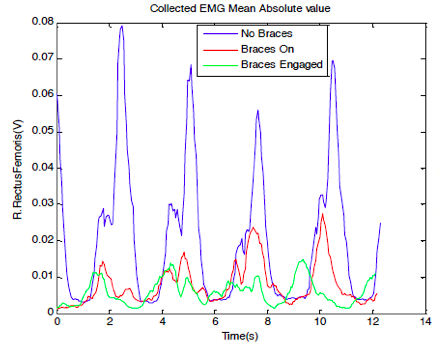 EMG testing results from the quadriceps during a repeated squat test. Levitation reduced quadriceps activation by as much as 85% during a sustained squatting test.

This data was drawn at the Levitation™ Knee Brace’s maximum assistance level. The level of assistance is adjustable and can be tailored to the user’s needs. This allows the user to specify different settings for different activities, or if the individual is recovering from an injury, to gradually reduce the level of assistance provided to zero as they recover their full strength.

“Levitation™ was designed to go above and beyond joint stabilization to assist strength and reduce fatigue. The result is a product intended to enhance mobility and expedite rehabilitation,” said Chris Cowper-Smith, CEO at Spring Loaded Technology. “We are excited about this preliminary data.”